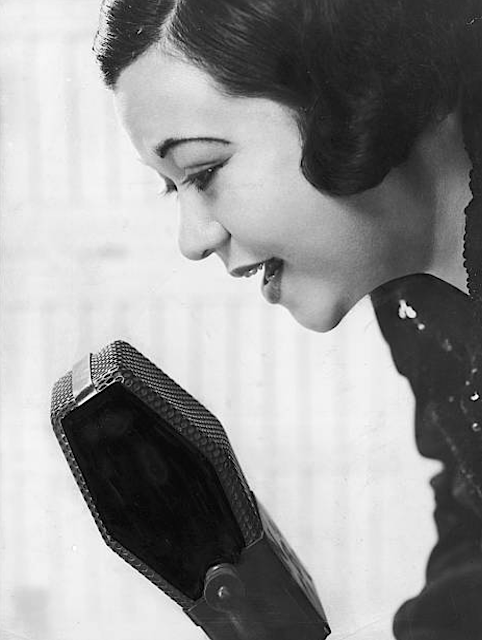 Jazz fans and Native Americans, rejoice! Mildred Bailey, jazz chanteuse extraordinaire - she was known as "The Queen Of Swing" in her day - is paying a visit to The Cheerful, and not a moment too soon!


Born in northwestern Idaho on the Coeur D'Alene Reservation - it still has over six-thousand residents - she grew up in a musically gifted family, many of whom became professional musicians later in life. And Mildred? She didn't stay on the reservation for long. By 1925, she was already on the road as a blues and jazz singer, kicking it with the likes of Benny Goodman and Bing Crosby (Bing also bailed her out when she hit a few financial bumps later in life) (thanks, Bing!).

It wasn't long before she hit the big-time. You'll hear why in "Mildred Bailey, The Rockin' Chair Lady," a terrif sampler of her hit singles. Her warm, loose - yet technically precise - vocals captivated nightclub and radio audiences nationwide, and she was arguably the very first mass-market female jazz singer. But her battles with diabetes and early death at age forty-eight cut short her rise to superstardom.

She was also noted during her lifetime for her bitchiness  - or knowing exactly what she wanted to achieve in a recording studio - and some music executives chose not work with her because of this, but given the time period, and how most determined women were (and still are) derided as "bitchy," let's take that with a gargantuan grain of salt, shall we? She was practically forgotten by even dedicated jazz aficionados until the mid 1990s, when many of her singles were collected and released on CD for the first time. At last, Mildred is back for good. 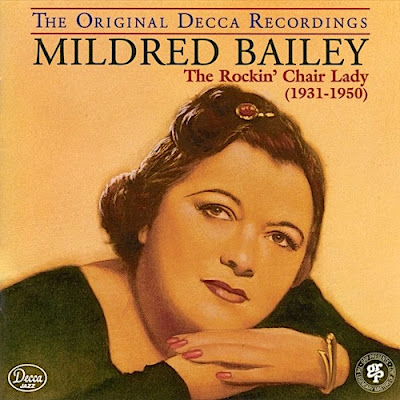 Speaking of forgotten (but never by you and me) (of course!), let's dive into the work of two jazz singers who put out only a handful of LPs. One of those ladies is this happily grinning vocalist, the incomparable Frances Wayne. 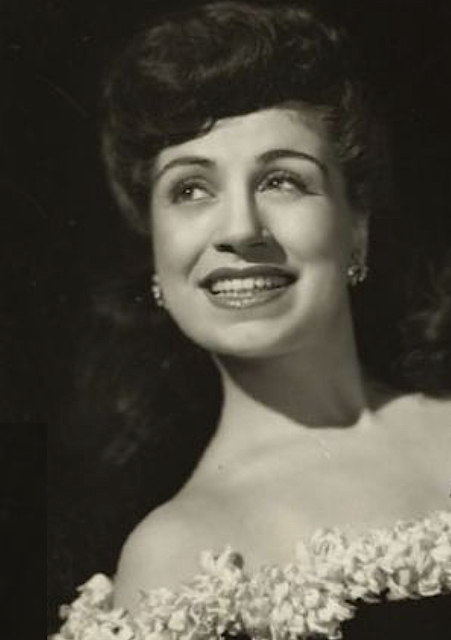 Her third, self-titled LP - a Wonderful Wayne Cheerful Exclusive! just for you  - showcases her uncanny ability to mold her near-operatic contralto to the demand's of any song, be it straight jazz, bop, blues or otherwise, like "Stormy Weather," or my favorite in this collection, "Siboney." How good was she? Billboard called her vocals "wondrous," a perfect description, I think.

Though she only released five LPs, her and her husband, trumpeter, composer and arranger Neal Hefti - he later wrote the theme for TV's "Batman" series - were quite popular on the nightclub circuit. And despite a break in her career to raise their children, Frances kept performing well into the 1970s before her untimely death at age fifty-three. Yet another jazz great who left too soon. 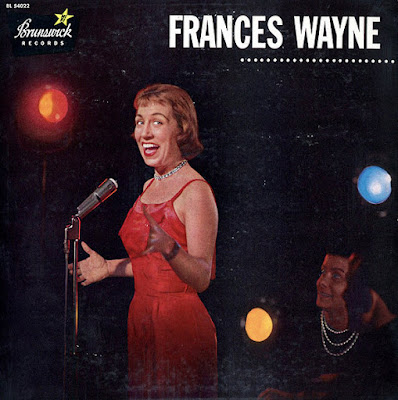 Do you recognize this gently coquettish jazz performer? 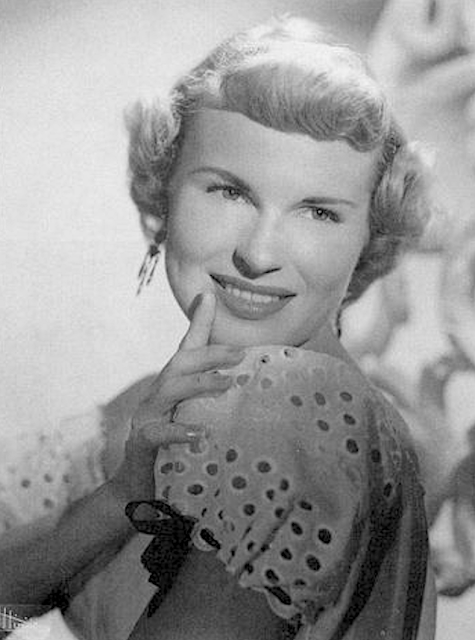 It's Betty Bennett, who arrived in NYC in the early 1940s with 25 smackers in her purse and big dreams - which she achieved. Like Frances, she would only record a few LPs, one of them being 1959's "I Love To Sing," a Buoyant Betty Cheerful Exclusive! for you and yours.

It's a strong mark of her originality that she manages to make even "Somewhere Over The Rainbow" sound fresh - no, really - but then Betty knew her craft. Married to jazz bassist Iggy Shevak, then Andre Previn and Mundell Lowe, she was a razor-sharp vocal stylist who kept performing for audiences here and across the pond until the late1980s. Living to the ripe old age of ninety-seven, she gave this delightful and informative late-in-life interview: 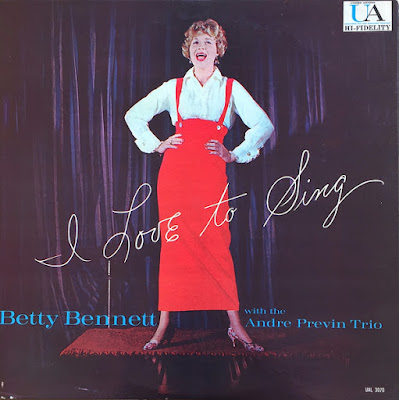 The Secret Song File stepped from the gym shower the other day and thought, "Gosh, I'd love a good lamb kabob for lunch," which is definitely the most obvious hint she's ever given about a hot new CD. But let's chalk it up to her free-and-easy mood and maybe those "medicinal" gummy bears she chewed on before her work-out. Wheeee! Gummy bears are tasty!

Know what else is tasty? This British group's 7th studio album, a mesmerizing mix of innovative instrumentation with both impassioned and cool-to-the-touch vocal performances. Will it make you feel like you've just had some "medicinal" gummy bears? It might, though if you don't like gummy bears, do what The Secret Song File did last Sunday and bake a batch of "medicinal" brownies. Because tastiness deserves a tasty accompaniment.

So many medicines, so little time, ami'reet?

Get cookin' in the comments, if you like!
Posted by The Cheerful Earfull! at Tuesday, April 30, 2019

WOW ! cheerful you done it again !!...3 great singers to download TA TA TA in triplicate !!! and great to see you using "Mediashare" much easy than some of the others...anyway thanks and keep looking for all those great forgotten singers of yesteryear there must be loads more out there somewhere...cheers from across the Pond...mick / luigi / espo..

Sorry...must of had a senior moment of course I meant ""Mediafire" instead of "Mediashare!...must have been anticipation of listening to the 3 downloads !!...cheers...Luigi..

Fyi - Last track is missing due to mis -named tracklist :(

Last track of which album?